The Long and Winding Road

Cheesy to use a Beatles title? Maybe. But hey- I'm writing something. It's been awhile. Way too long actually. I'm typing and really realizing how long it's been. 6 years since I've done-well anything here. So what the hell happened?

I guess if I go back it's just--life. Life happens. I released 2 records 6  months apart in 2009/2010. Toured. Bought a house. Got 3 new dogs. One dog passed away. Still have 6 somehow. How does that even happen? Got into the fitness business. Opened a gym. Closed this year in March because you know if you're going to pick a tough business besides music choose fitness-there's NO competition. At all. (I kid) Plus--I've never been a morning person and yet woke up at 4:30AM everyday for 2 1/2 years. So where was I? Closed in March. Back to the house and all the projects I needed to do. Built a deck. Brick patio. Staining/painting, wood floors--the list is never ending it seems. Moved my studio from the basement into the coolest room in the house. Learned drums and mandolin.  Oh- and yes kept writing songs.

The whole plan was to come out with another record within a year, year and a half. Went to a studio to do acoustic guitar and drum tracks. Some bass lines as well. Had a guitar player come lay down some leads. The record was going to be a back to basics acoustic stripped down affair. No studio tricks. No fake instruments. All real players. Simple. But as is want to do, other things sneak in. I find cool sounds. Cool ideas. And well, time just kept going. So what seemed like a really fresh idea gets convoluted. New ideas spring up. New songs. The songs never stopped coming. Sketches here, more finished versions there. Harder tracks, floaty acoustic things here. Lots of electric guitar. None. Piano, violin.....

You can trick yourself into thinking you're stuck. How many times did I tell myself that I had nothing? That I was possibly unable to finish a song anymore? Not true. My phone is FULL of song ideas. My 'demo playlist' has 32 mostly finished songs in it. Somehow I told myself it was all shit and I was going no where fast. I hadn't been doing anything towards finishing. About a month ago I decided to get off my ass and just turn on the recorder. I realized that I had been meaning to do this, but found some excuse to not do it. Weird. I revamped the website as you can see. I posted some teaser video on the Facebook page--go look if you haven't. Mostly though I've been picking up whatever instrument is closest at the moment and just playing. Just playing and having fun which is something I haven't done in a loooong time

One thing that's been great this summer is that I've been working outside almost every day. I have my ipod hooked up to my PA speaker and I've been blasting music. And I mean blasting. It's been awesome. I've heard songs pop up I forgot I even owned. Then in the last couple of weeks a funny thing has happened. No matter when I'm listening, my songs have shown up at an amazing pace. Stuff from all the old albums. Songs from the 'demo' list. All the iphone snippets. I told a friend last week that I guess I better get to work before the universe kills me because obviously this was happening for a reason. I realized that I HAVE been doing work. And guess what? It's pretty damn good. The old songs too. They fit in so well with everything else playing on my speaker. Best thing about it is that I've got the itch again. The spark to work on these orphans. To finish them. It's amazing and fun and...GOOD again. The feeling I thought I'd lost. The drive to create. Plus I've realized that in all the unfinished songs most are a lot closer than I had told myself. A tweak here, a vocal there and I'll be...done.

I really love the songs that have floated to the top for consideration for the album. I'm actually thinking of a split release--almost like a double album. Probably put up a bunch of digital only songs as well. For now I'm working on the most complete ones just to finish them. Then I'll be whittling down the list. I've been putting together snippets that I hope to post here soon as a 'preview' for the new record. Look for that soon.

So now your'e all caught up. So am I. Onward. 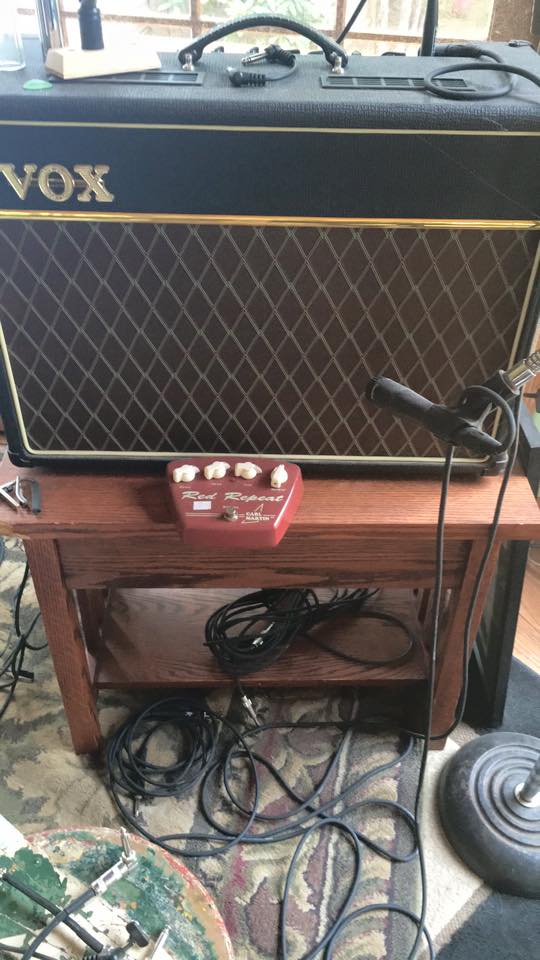