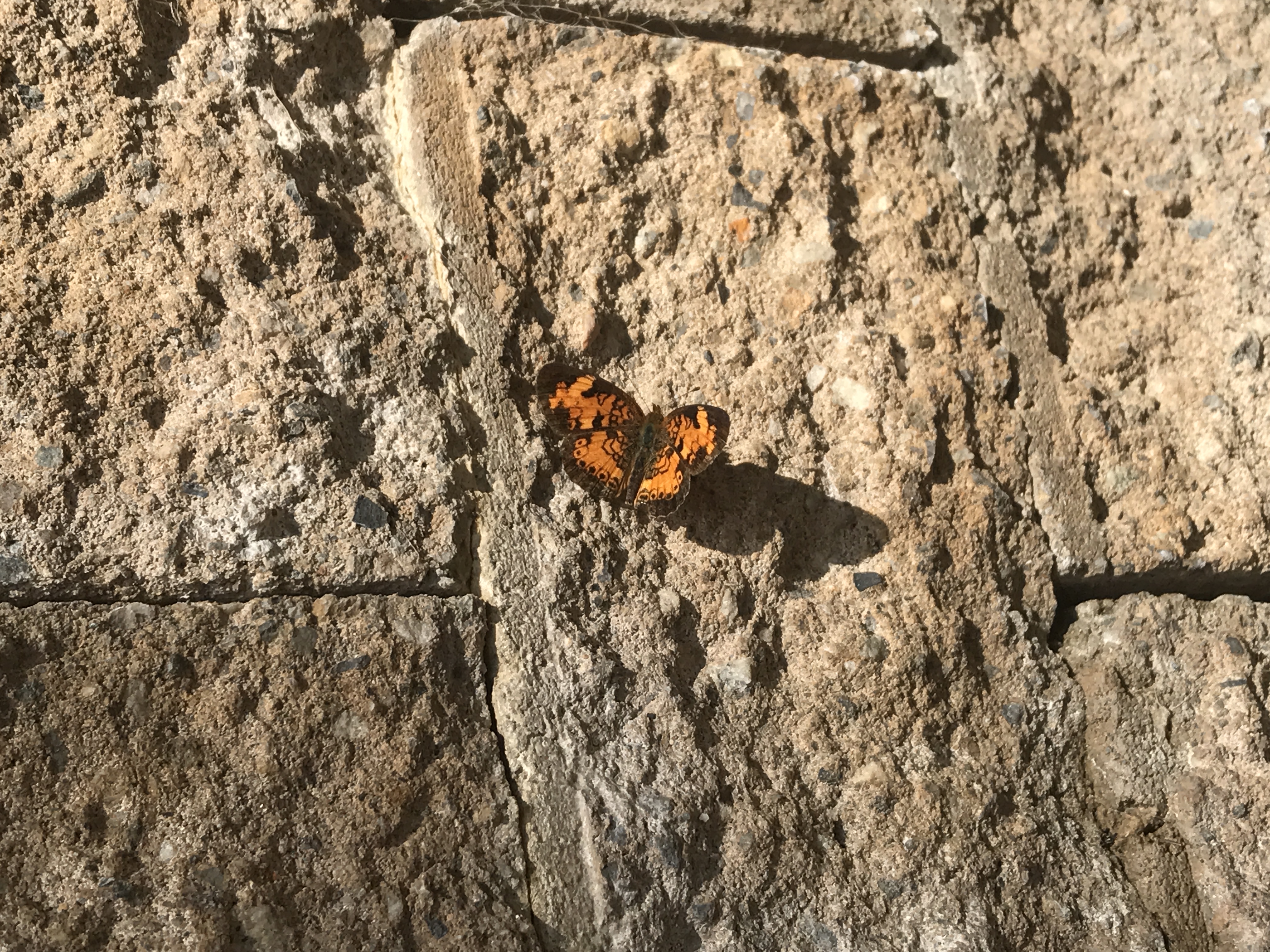 93 yesterday. Whew. Part of me wants to complain cause, well, 93 is hot no matter what. Another part of me has tried to spend as much time outside as possible since it IS the end of September and cooler weather is coming soon. I personally don't mind it so much unless its humid. I hate humidity. Yesterday was humid. So you see my conflict haha.

Humidity makes me sluggish. I just don't feel like doing anything. However, I'm wearing shorts late at night at the end of September. Trade offs.

There's always a trade off. No matter what you do in life. If you decide to work late, you didn't get to maybe make it to the gym. If you spend all night watching Walking Dead you don't read a book. You get where I'm going. What is your point Mike you ask...

I'm at the trade off part of the record. All my musician friends will get this--I'm sure you will too.

You have to stop mixing. You have to just pick which songs make it. You have to just make a running order. You just have to. Or it'll never end. You'll never finish. You'll keep trying for 'perfect' or 'hey maybe if I just boost the guitars here it'll make all the difference....etc

I've heard over the years that you need to have everything perfect. After all these days you're 'competing' with Taylor Swift. Do you think she doesn't have people obsess over every single beat? Every note? Making sure each and every sound is lined up and perfectly in sync and in tune? (she does) Other people say-- you have the tools to perfect the rhythm, the tuning--DO IT! Or, 'Everyone is doing it now so you should cause you can'.

Sure. I have all the tools right here. At my finger tips. I could tune every single vocal. Every violin part. I could line up every drum beat that's a micro second wrong. I could polish it up like a shiny diamond. Make it 'perfect'.

Outside of the actual sound things, there is song choice. I've written, well, a ton of songs in the past few years. I have about 30-40 that are 'ready enough' to be considered for the record. Or at least to be worked on. And yes, every once in a while they pop up on my ipod (I put all my in progress songs in there so I can listen and think about them) and one or two that I've left behind will grab my attention. What if THIS is the better one? What if I leave this out for another and this could've been THE SONG. You know. The ONE. The HIT.....

Arrrgh. What do I know? Really. Every single time I've released an album I have my personal favorites. Or the ones I'm sure will be loved by more people. I've been lucky enough to have toured all over. I've been lucky enough to have gotten airplay nationally. I've been wrong. Every. Single. Time. About which songs get picked, or reviewed. Or singled out for praise by people. Every. Single. Time. Haha.

After the car accident, which I wrote about last time, I thought a lot about time and being alive. Don't worry I'm not getting all sappy on you. But. It focused me. I'm not going to pretend I had some huge epiphany or life changing realization. Just-- there's a saying that 'version done is better than perfect'.

The great thing about music, at least to me, is it's NOT perfect. And, it's never really done. (There's the recorded version, the acoustic version, the version without a piano, the live version--you get my point.) Over the last couple years I started collecting records-actual vinyl records-again. (Say what you will but they DO sound better. Scratches and all.) There's something about putting the album on the player. Hearing the needle land. The first few seconds of silence that aren't really silent since you hear the hum of the needle. And having to get up after 15-20 minutes to turn it over. It connects you more I think to the music. And records get messy. They get dusty. Scratched. I think that's why I like them so much. They actually 'live'. Also they never sound exactly the same. The act of playing them wears them out. I think that's cool.

But music isn't perfect either. It can be. Especially today where anyone can open up garageband and have perfectly recorded sounds be perfectly timed together by pushing some keys. Hell with some programs you don't even have to even play a keyboard (meaning one that looks like a piano) you can just drag and drop pre made sounds. Some people like that I guess. And yes there is a skill to that and it can be catchy and good. That's not what I'm saying.

But music, real live musicians playing music, isn't perfect. I grew up playing in orchestras. They suck hard at first like when you're in 3rd grade. It's painful! Even when I got to college and everyone was a really really good player, it's like 30 or more people playing notes. All at the same time. Think there aren't mistakes? There are. But the whole thing all together sounds glorious.

I know a lot of these things are probably just something a musician would worry about. There are mistakes I'll hear that no one will ever point out. Because it's mine. I know all of them because I played them. Does it ruin anything? Nope. Would me 'fixing' these things make it better? I'm not sure. I don't think so. Like I said, I like the clicks and pops on records. So what do I know?

What I DO know is that I'm almost done. And all those extra songs? I'm not worried about them. They'll have a home soon. I think I said this before, but the new album is really a Volume 1. So if I haven't said it, BIG ANNOUNCEMENT! 'Painting the Silence' will be TWO albums long. Vol 1 and Vol 2. Cause that's how you name them so people know the difference. I'm excited because even though all the songs were written during the same time, the 2 parts of the album will feel different. The songs on each volume will be what makes them different. Different moods. Sounds. Lyric ideas.

Just like this week felt like summer even though it's the first week of autumn. By tomorrow autumn weather will be here. And it will feel like fall.