Fallen is a great song to see where the album could have gone. Who knows I might have a bunch like this hee hee.

This is one of the oldest pieces of music on the album. Actually just the acoustic guitar part. I came up with that little riff--man--probably during the 'Myself Again' record. I always thought it was cool. I never got it to go anywhere so I mainly used to play it just sitting around as a cool picking exercise. Even then most of the time I would trip myself up with the turnaround. I started trying to play it 5 times through. Then 10 haha. It became like practicing scales.

One day I had just gotten a new midi controller. For those of you who don't know it's a keyboard that 'plays' computer instruments. I wanted to experiment and didn't have any ideas. So I sat down and recorded the acoustic part just for fun. I did some weird stuff too. I took sounds and messed with the settings, played them way too high or low...just messed around.

So there that sat. For about a year.

Then I bought a new electric guitar and amp. I wanted to play around. At this time I had just finished 'February Sessions' so in my head I wasn't being 'serious' with what I was doing. I had a cool delay pedal. So I just made a bunch of noise and screwed around with the knobs on the pedal. This is the swooshing sound you hear in the louder sections.

I thought it sounded pretty cool but it had no singing part. As I usually do I mumbled a bunch of out of tune things into the mic and left it at that. I always have my demos in my ipod so I can listen to them. You never know when inspiration will strike! Every time this came up I thought the same thing. Love the music. Hate the melody.

There is another song that didn't make the cut for volume 1 that is all moody bass and chunky acoustic stabs. I had a real floaty pretty melody for that one. Didn't quite fit the music. One day I was just laying around and the crap version of 'Fallen' came on. I started singing the other melody in my head to it. Damn it worked! Back to the mic to mumble the new melody.

When I talk about my mumbles, I usually say some words. I just don't necessarily know what I'm trying to say. Like 'Find it Out' I had some cool phrases that came out that day.

Last October (I got a lot done last year. And I finished the album this year--huh. Might be something to this October thing) I finally finished the lyrics and sang the song as you hear it today.

I like the mood of this one a lot. The words aren't linear and you can make what you want of them. Kinda dark. But it's so pretty.  Isn't it? Listen HERE 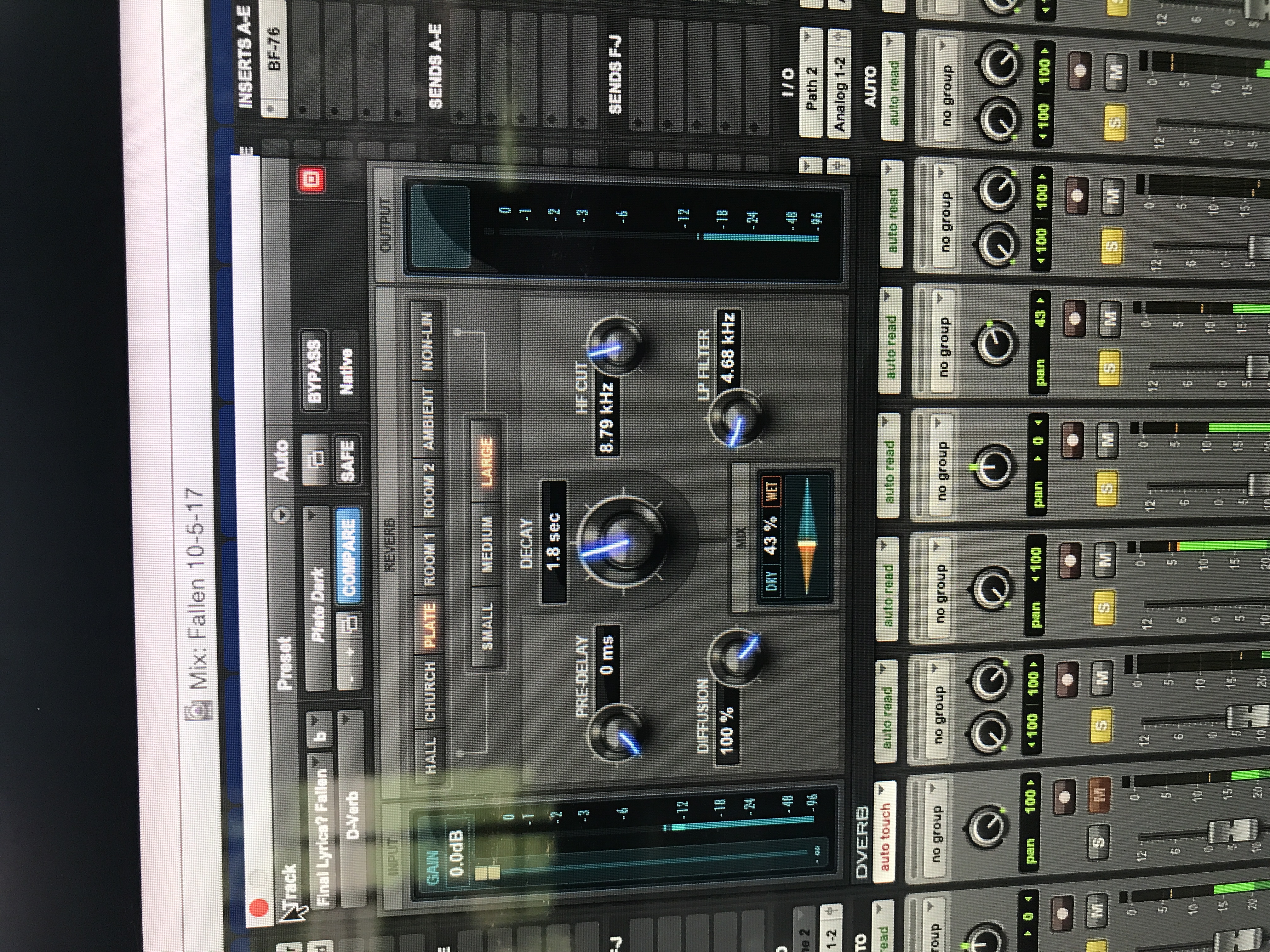